First and Foremost, I just want to personally thank the author for giving me an ARC (Advance Reader’s Copy) of this story for an honest review!

Take back an annoying ex. Definitely no.

Hit on the sexy new firm partner looking him over…maybe?

For Aaron Cambrian, life is lived by checklists. No matter how promising, everything – jobs, potential partners, cars, drinks, food, etc – needed to meet all his criteria or he walks away.

Everything changes one night at the cocktail bar when his best friend challenges Aaron to abandon his list and ask the first hot guy who catches his interest if he can buy him a drink.

Thanks to his old nemesis alcohol, Aaron takes the dare! The next thing he knows, he finds himself in the condo of an absolute stranger! It was supposed to be one drink. One accidental kiss… Good thing he’d never see the guy again.

Wrong! When the sexy new partner at Kimball & Marks law firm turns out to be the hot stranger, Aaron is faced with a life-changing decision: keep the checklist or lose the hottest, most frustrating man who ever stole his heart.

I was happily surprised when the author and I connected on Instagram and I ended up receiving an ARC of this book! It hasn’t happened often to me…in fact, this is only the second time I’ve ever gotten the privilege to read something technically before it’s release date! It’s a great opportunity to add some hype for newly released books, and hey, if this somehow leads to me getting ARC’s of books by say…Sarah J. Maas, Jennifer L. Armentrout, Leigh Bardugo, Elle Kennedy, or Sarina Bowen, I would for SURE volunteer to give an honest review of any of their upcoming stories! Just tossing that out there…

Check Yes, No, or Maybe is an easy, light-hearted, and cute romantic story with a touch of spice that’s also MM—which I’m also a big fan of! I’ll say it every time, but it’s great to see so many MM romance stories out now that weren’t as readily available for someone like me when I was growing up in the early 2000’s and questioning things. This book wasn’t perfect, but that’s honestly okay! You can tell the author had fun writing this story, and it did keep me reading to see what happened next, so if a book can keep my attention like that, and I mean I was up reading until three a.m. one morning, so I consider that a success!

The story mainly revolves around Aaron Cambrian, who’s a college student studying to become a chef while also working at a law firm to help pay the bills and rent, and he’s at low point in his life…his toxic ex has run out on him yet again, he feels like he’s one misstep away from getting fired, he’s constantly compared to his master chef father who abandoned him and his family, and it even feels impossible to walk up to a sexy stranger in a bar one night…

When the urging of his best friend leads him to do exactly that in their usual Friday night hangout spot, he surprises himself by ending up in bed with a hot stranger…only to later discover that of course the guy also just happens to be the new partner of the law firm he works at!

Maverick Waylan is smooth, charming, always dressed to impress, and has his eyes set on Aaron, who has to decide if the feelings Mav evokes is worth it all…

There are a few things I have to critique on with the story, which I do in greater detail further down below in my review, but again, it was an enjoyable story despite its faults, and I did have some hearts floating above my head for both Aaron and Maverick as I read on about their love story.

Overall, Check Yes, No, or Maybe was an alright book that really is a sweet, romantic storyline between two male characters—something I’m always happy to read—and just have a light, easy, beach read of a romance novel. I feel like readers who are drawn to stories like Red, White, and Royal Blue by Casey McQuiston or Boyfriend Material by Alexis Hall will enjoy this book too! They have the same lighter tone and also a similar style of setup.

It wasn’t the perfect story and honestly it left me questioning a few things as it ended, but I still found it entertaining and I can also say I did enjoy it! There was mainly a focus on the romantic development, which isn’t a bad thing, but if the author also put more attention onto the several other subplots happening, it would’ve strengthened the story a lot better in my opinion!

I still say to give this a try if you think you might enjoy this story, or if you’re just looking for a lighter, easy-going romantic novel to kill a plane ride with, or if you just need a little break from the heavier and darker material that you may read as well!

View all posts by nicholasjgoodsell

This site uses Akismet to reduce spam. Learn how your comment data is processed. 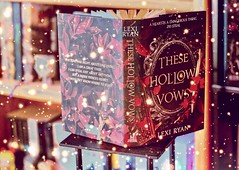 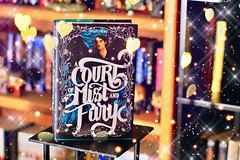 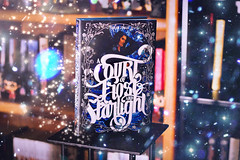 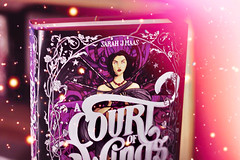 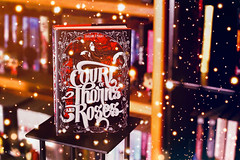 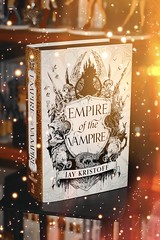 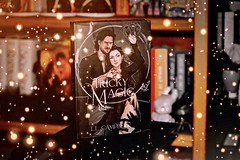 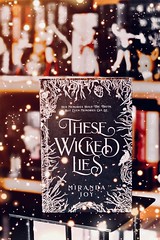