‘Lady of Starlight,’ he murmured, then stepped so close she could count the gold flecks in his eyes. ‘My fire heart. Live for me, and I will lay a kingdom at your feet.’“

Lorelei is half elf in a kingdom where that bloodline is synonymous with “slave”. The Umbra King holds everyone captive with his pet dragon who knows no mercy. She hides in the shadows and steals to stay alive, until a rebel group gives her an offer she can’t refuse.

The King seeks a bride. If she can get close enough, she could drive a dagger into that wicked man’s heart. But the bridal games are more difficult than most. Lorelei must prove herself not only beautiful, but talented, poised, and deadly as the king. However, the closer she gets to saving her kingdom, the more she realizes a singular problem stands in her way.

The King’s bodyguard is more than a slathering beast. He’s a man. And the longer she’s near him, the more she realizes that perhaps the king isn’t the most dangerous person in the kingdom. Perhaps she had to guard not only her body, but her heart. For a dragon mates for life, and they’re hard pressed to give up their treasures.

I was made aware of this book when it was chosen as the adult book for Bookish Box–a monthly subscription box for fantasy and paranormal romance genres–under their adult box from earlier in 2022. The premise drew me in, and it sounded like a good enemies-to-lovers fantasy-romance title from an indie author who upon doing a little research, had quite a following!

I eventually got my own copy with the hopes of reading it ASAP because I was really drawn to this story by the premise that had me excited because it sounds right up my alley, and the gorgeous cover to boast too! It was giving me Throne of Glass vibes with the badass blonde heroine on the cover with a ferocious dragon just behind her.

I’m not saying this is a bad book by any means, I never say a book is outright bad unless the author does something that is so tone deaf that I wonder how their book ever got published…but that isn’t the case here. The author knows how to write and she obviously knows her craft; her following especially on Amazon reviews show for it, but I just didn’t connect with this book anywhere close to what I was hoping I would. The story just had too many clichés that I couldn’t look past, the characters felt so stiff and wooden to me that I didn’t connect with them either, the villain was very one-dimensional, and there just didn’t really feel like there was a sense of urgency in this story at all either.

I go more into these reasons why later on in my review.

I’m also trying to not judge the book too harshly…it is the first book in a series, and as a fan of many YA Fantasy title, I have seen many times before where the first book is usually the weakest book in a series because it’s merely setting the scene and then the series grows and becomes its own thing as you keep reading. Case in point, the Throne of Glass series. I can see readers not wanting to read on because of that book and the many things that are considered cliché in that book, and those of us who have read that series know that SO SO SO much happens after that, so here I am hoping that this may be the case for this series as well too.

You are a thousand questions and a million truths just out of my reach.”

Overall, Fire Heart was an underwhelming book that I didn’t connect with, much to my disappointment. It had all the things I love in my favorite books, but just didn’t deliver as strongly as I was hoping it would. I was just bored a lot of the time, and the list of clichés with a lack of adding much of anything new to the table made me not excited to keep going with the book.

As for right now, I recommend this book for someone who’s maybe not as familiar with fantasy genre books and wants something to ease into it before diving into much heavier, and more dense material. It’s a good beginner level fantasy read for someone just starting out in this genre.

However, I want to take all this negativity towards the book with a grain of salt and keep going because I’ve seen several instances where the first book in a series is the weakest, and the story gets much more engaging as it develops with each and every book. Plus, I already preordered the next book because I’m a sucker for pretty book covers, so I’ll at least give book 2 a try before I decide to bench this book series. 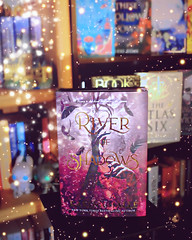 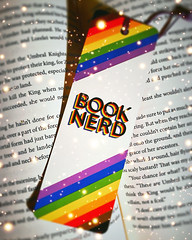 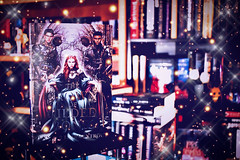 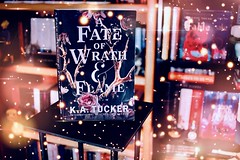 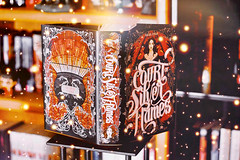 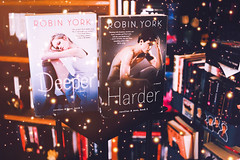