Back around the time when I’d first found this book, I’d made it a point to search for more queer romance stories, specifically of the M/M variety, because why not celebrate my own queerness and read books with my people as the leads, am I right? Doing some research into finding titles, this trilogy showed up quite a lot, like, actually A LOT. Tumblr, Goodreads, lists all over the internet, and Bookstagram all had high praise for this trilogy, and with it being described as a M/M Fantasy romance, added with seeing some amazing fan art (like the one below), I was sold and knew I had to get my hands on them.

Upon reading it, I found out that it’s actually very little fantasy; there’s no wizards, dragons, elves, white walkers or anything magical. It’s considered Fantasy based on the fact that the story takes place in a fictional land, so I almost considered it to just be a period piece, or even just historical fiction to a small degree. It’s set in medieval times, with opposing countries on the brink of war with corrupt and powerful courts filled with deadly secrets and intrigue.

It’s funny to look at other reviews of this title and see that it’s either “OMG I LOVE THIS, IT’S AMAZEBALLS AND ITS SO EFFING GREAT,” or “WHY DO PEOPLE LIKE THIS CRAP? SLAVERY AND TORTURE ISN’T SEXY, THIS IS DISGUSTING & I HATE IT!” …Honestly I was more towards the middle. Yeah, there is some problematic subject matter within the story that may trigger certain readers: there’s torture, slavery, kidnapping, sexual assault & rape, voyeurism, and even some pedophilia (yeah, even I can admit that’s a lot). I personally was not so taken aback by it all, but I understand that other readers would for sure be turned off to any of those triggers to keep them from going near this book, it all makes it incredibly controversial, which is what also made me more interested.

Damen, a warrior prince and next in line to ascend the throne of Akielos, is taken prisoner when his half-brother seizes the throne with brutal power after their father passes away, and strips him of his identity and has him shipped off to enemy territory in order to hide him away and greedily keep his newfound place of power.

Damen, now turned slave, is brought to the northern realm of Vere, and becomes a pleasure slave for its Crown Prince, Laurent. Laurent is everything thats vile about the Veretian Court; he’s manipulative, vindictive, pampered, spoiled, sadistic, cruel, but Damen also couldn’t deny that he was absolutely gorgeous.

Trying to survive and find any way to escape back home, Damen soon gets wrapped up in the dark, twisted web of the Veretian Court, and soon discovers that more is going on behind closed doors than he’d ever anticipated. It will require him to find allies in unexpected places, and work together with Laurent in a dangerous chase towards the throne, but keep his true identity a secret when he discovers that Laurent has a reason to despise him more than anyone else…

Overall, this was an incredibly eye-opening book that’s certainly controversial and something that a lot of sensitive readers will not enjoy, which is understandable. I can recognize my own privilege and know that none of the subject matter really upset me all that much (maybe just slightly made me uncomfortable at most), but understand that someone who may have suffered a similar kind of abuse will not appreciate it in this book.

The author has created an interesting world, even if not as much as you’d like is revealed, but the characters and the vague but obvious sense that more is to come really drives you forward. The characters have some unknown depths that you want to uncover more of, and in the climax, it becomes apparent that there’s some sort of plan in motion that thrillingly gives in an air of mystery.

I found myself still hoping for more in a lot of aspects of the story, including the developing relationship between the two characters, but I was definitely entertained enough to want to keep reading, and ***mild spoiler alert*** I can say that there’s so many good things to come in the next two books that will satisfy whoever is willing to stick with the story long enough! 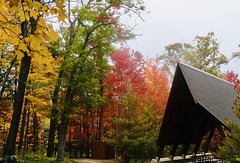 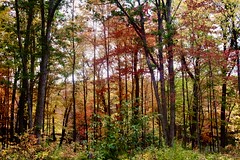 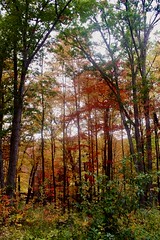 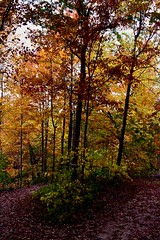 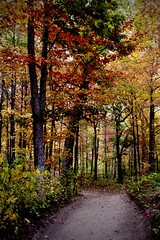 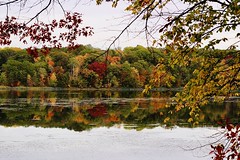 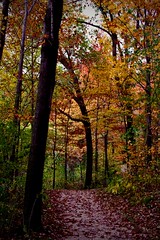 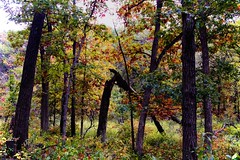